Which is the best Piping material for plumbing installations ? 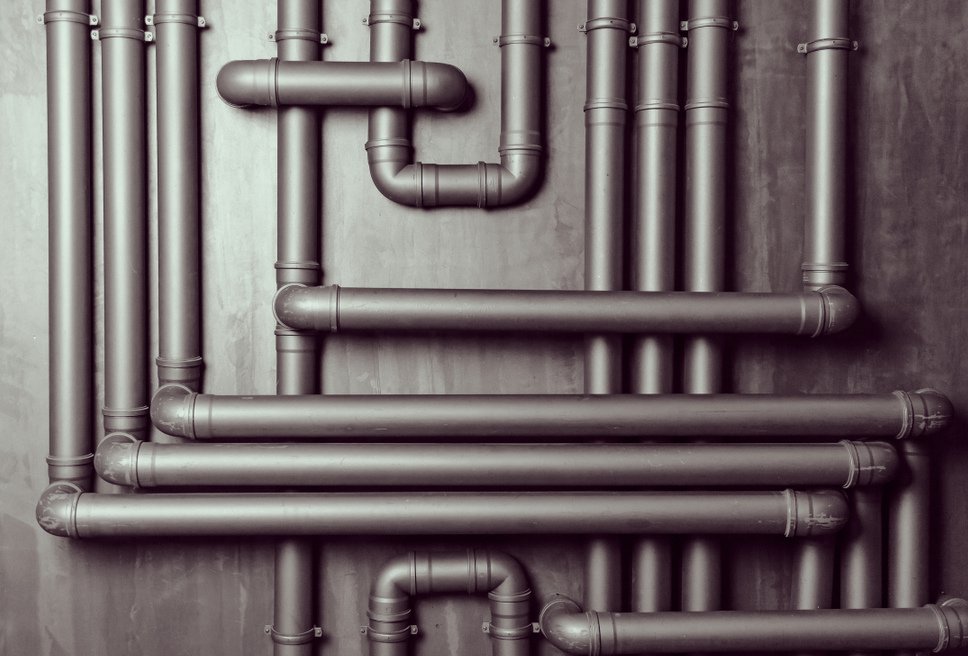 Many different materials can be utilised to make pipes for plumbing installations in homes and businesses. The optimum option varies based on the application and project conditions, as it does with any engineering decision. Furthermore, each material has benefits and drawbacks.

Copper, PVC, CPVC, and PEX are the most popular piping materials used in plumbing. This article will give an overview of these four materials, as well as others that are commonly used in building, You can save money on a project by optimising the plumbing system layout, regardless of the piping material utilised. This will lower the overall length of piping necessary, as well as the cost of fittings and labour. Building Information Modeling (BIM) can aid in the optimization of plumbing and other MEP systems.

Copper is a long-lasting material that has been used in plumbing since the 1960s. Since then, other materials have been added, but copper remains one of the best possibilities. Copper piping’s biggest disadvantage is its high cost, which necessitates soldering and additional fittings. Copper piping is attractive to burglars because of its high value.

Some common applications of copper piping include hot and cold drinking water supplies, and refrigerant lines for HVAC systems. The thickest walls are found in Type K copper pipe, which is often used in subterranean service lines. Type L has intermediate walls, while type M has the thinnest walls, and they are widely used for wall supply lines.

PVC is a type of plastic typically used in plumbing that comes in two sizes: Schedule 40 and Schedule 80.

The most popular PVC is Schedule 40, which has thinner walls and is less expensive.

CPVC is PVC piping with a greater chlorine content, as the name implies. Unlike regular PVC, CPVC can be used for both hot and cold water. CPVC pipes are smoother than copper pipes and make less noise when water flows through them. CPVC piping is also fire resistant, insulated to reduce energy loss, and more flexible than metallic piping, hot and cold water supply, hot water drains, and disposal pipes are all frequent uses for CPVC piping (waste and water).

PEX pipes are regarded as one of the most significant advancements in the plumbing industry. PEX is a hose-like flexible pipe that can bend around corners and around objects. It also employs compression fittings and does not necessitate the use of adhesive. PEX is ideal for repairs and retrofits since it can readily be used with existing plumbing, including copper. While PEX is more expensive than PVC, it is easier to install and requires no maintenance. PEX pipes and fittings have been around for more than 30 years, but their popularity skyrocketed after 2010. PEX piping is often utilised in retrofits and renovations due to its adaptability. PEX is also utilised in low-ventilation situations where glue-joining pipes can be harmful. The material can be used with both hot and cold water.

Although the four piping materials listed above are the most commonly utilised in plumbing systems, they are not the only ones. The following are some examples of materials that are no longer in use or are becoming less popular.

Galvanized steel is also a hefty metal, which limits its use in the plumbing industry. Greywater and non-potable water drains regularly used these pipelines.

Stainless steel pipes are strong and long-lasting, but they are also quite expensive, even more so than copper pipes. They are utilised in regions where corrosion is a problem, such as coastal areas. The following are some of the benefits of this material.

Cast iron pipes are the heaviest of all plumbing pipes, and they are commonly constructed as a bell and spigot form. They’re extremely long-lasting, and they let you use PVC to replace elements of a cast-iron piping system. Cast iron pipes, on the other hand, are quite heavy and require additional support during installation, water distribution systems and underground installations, such as major pipes on drainage and sewer systems, are two common uses for cast iron pipes.

This pipe material is low-cost and simple to install, but it is susceptible to leaks.

HDPE is a flexible material that is resistant to corrosion and has a long service life. However, this comes at a cost, and HDPE costs more than PVC.

Brass Piping Brass has been used in plumbing for a long time, even before copper was invented. When employing this material, it’s crucial to make sure the alloy doesn’t include any lead. Because it contains a significant amount of copper, red brass pipe is regarded the best alternative, Water supply lines, water removal drains, pump fittings, water tanks, and wells all employ brass pipe.

Polypropylene pipes, like CPVC pipes, are hard plastic pipes. They are not, however, bonded using chemicals; instead, heat is employed to bind the mating ends together.

PP is widely utilised in Europe but has received little attention in the United States.

PP is a long-lasting, human-safe, and environmentally beneficial substance.

The biggest disadvantage is the lengthy installation process, which necessitates the use of specialist tools.

Hot and cold water supply, as well as drains, typically use PP piping.

Choosing the correct plumbing pipe for a project can be difficult due to the huge variety of pipeline materials available. The best advice is to contact experienced plumbing engineers and learn about the various materials and features available. This manner, you can ensure that the material used in your plumbing installation is the best fit for your project’s requirements and budget.